Market volatility waxed and waned as concern about trade protectionism and global growth percolated. A solid US economic and corporate backdrop-boosted by tax cuts and fiscal stimulus led to continued Fed tightening, which contributed to ebbing global liquidity and a stronger US dollar.

The sturdy domestic economy bolstered US stocks in Q2, especially small caps and REITs, which are less exposed to global trends and trade risk. After underperforming international stocks during most of 2017, US equities have taken the lead as of June 30. The rising US dollar provided a headwind for non-US assets, and emerging market (EM) equities suffered the biggest losses. US interest rates and corporate spreads ticked up modestly, resulting in weak returns across most bond categories. The rising dollar and receding dollar liquidity proved particularly detrimental for the most vulnerable EM countries with large and rising current account deficits and foreign financing needs.

The world economy continues to grow, but at a slower pace that likely is past its peak. Manufacturing PMis (Purchasing Managers’ Indexes) in 80% of the world’s largest economies remain in expansion; however, less than 25% are improving on a 6-month basis, a large change after several years of improvement. Slowing manufacturing activity typically generates a headwind for export-oriented economies.

In China, the industrial sector has slowed materially and risks of a growth recession appear elevated. China’s policymakers shifted to monetary easing, and the yuan dropped sharply late in Q2. (In 2015, weaker growth, policy easing, and currency weakness spurred capital outflows and, in turn, concerns about financial stability in China’s highly indebted corporate sector.) Other large economies, including Germany and Japan, have shown signs of maturing as well. After broadly synchronous global acceleration in 2017, the risks of a growth slowdown may be higher than generally appreciated.

Meanwhile, the US economy has kept to a very gradual progression through its business cycle: Mid-cycle dynamics are still solid but late-cycle trends are more evident. Consistent with a late-cycle phase, corporate profit margins have declined from peak levels, but corporate tax cuts and restrained wage growth have allowed margins to stay high and corporate profit growth to remain firm.

Lower tax rates and access to offshore cash have provided firms with additional spending capacity that is being used for a wide variety of activities, including investor-friendly actions such as share buybacks and paying down debt. Tax reform has reduced the need for corporations to raise capital, lowering the supply of US corporate debt and other securities. The support for stock and bond technicals provided by this corporate liquidity The views presented are not intended to be relied on as a forecast, research or investment advice and are the opinions of the sources cited and are subject to change based on subsequent developments. They are not a recommendation, offer or solicitation to buy or sell any securities or to adopt any investments. 9 may fade as effects from tax reform dwindle over the coming year. At the same time, labor markets are nearing full employment, putting further upward pressure on wages and inflation. In June, the Federal Reserve hiked policy rates for the seventh time this cycle, pushing up short-term rates and causing the yield curve to flatten. The curve, however, remains positively sloped and steep relative to prior late cycles, and US credit and financial conditions have yet to tighten measurably. Over the past 6 tightening cycles, the Fed has responded to falling unemployment and rising wages by hiking rates until the yield curve inverted. This suggests that as long as wages are rising and labor markets remain tight, the Fed may be likely to continue raising rates.

One major risk to the global economy is the aggressive US trade posture. China and the US are the central players in the highly integrated global trade network. Plans by the US to confront China’s trade and investment policies could ratchet up bilateral commercial tensions. The entities most at risk might be the countries , industries , and companies that are most dependent on global trade and supply chains.

We believe global growth and inflation are firm enough to keep policymakers moving toward tighter monetary policy. The growth in major central bank balance sheets is set to drop by almost $2 trillion-to nearly zero-over the next 12 months, implying less liquidity for financial markets. We think global economic momentum may have peaked, and elevated volatility may be driven by risks to the monetary, political, and economic outlooks. Smaller asset allocation tilts are merited at this point in the cycle.

A sharp rise in oil prices in Q2 spurred energy stocks to big gains, and consumer discretionary stocks jumped into the lead year to date amid a strong consumer backdrop. Conversely, EM equities declined broadly, and a lackluster Q2 kept most fixed income asset categories in the red year to date.

Historically, the mid-cycle tends to favor riskier asset classes, while late cycles have the most mixed results of any business-cycle phase. The late cycle often has featured more limited overall upside and less confidence in equities, though stocks typically have outperformed bonds. Inflation-resistant assets such as commodities, energy stocks, short-duration bonds, and TIPS have performed relatively well. The 2-year stretch of accelerating global earnings growth appears to be over, as US and international earnings-growth trends decoupled this period. Boosted by corporate tax cuts, US earnings growth continues to improve, whereas international developed and emerging-market profit growth has moderated from high levels. Forward estimates appear reasonable for developed markets, but lofty expectations may pose a challenge for emerging markets. Equity valuations are above their long-term average in the US, below in non-US developed and emerging markets. Lower non-US valuations provide a relatively favorable long-term valuation backdrop for non-US stocks.

In fixed income, yields and spreads generally remain at the lower end of the historical range, despite a modest rise in interest rates in Q2. Credit spreads also widened, but the magnitude varied across categories: EM debt and US investment grade corporate spreads widened the most and ended the quarter near historical averages, while high yield credit spreads remained below average. Over the longer term, we believe the global economy has reached a secular trend of peak globalization. Changes to global rules may pose a number of market risks, including potentially higher inflation , lower productivity and profit margins, and higher political risk. Recent decades of disinflation have dragged down many investors’ long-term inflation expectations, and we believe peak globalization trends, in addition to changes in monetary and fiscal policies, could potentially cause inflation to accelerate faster than today’s subdued expectations.

The views presented are not intended to be relied on as a forecast, research or investment advice and are the opinions of the sources cited and are subject to change based on subsequent developments. They are not a recommendation, offer or solicitation to buy or sell any securities or to adopt any investments. 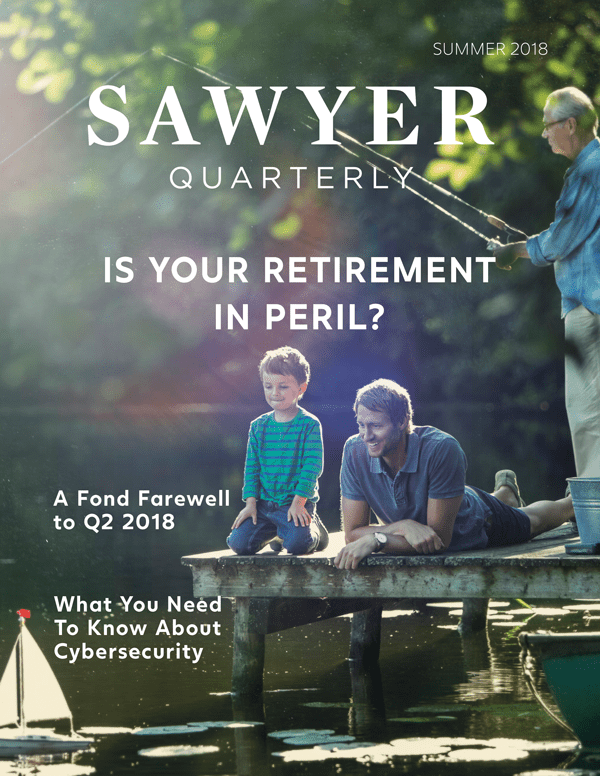